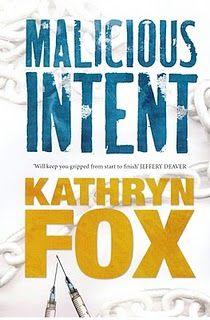 Written by Bill Selnes, this review originally appeared on Mysteries and More from Saskatchewan on 6 March 2011.
We thank Bill for his kind permission to re-print it here.

Dr. Anya Crichton is a forensic doctor in Sydney, Australia who, after leaving government service, is attempting to establish a private consulting career.

After a successful appearance for the defence in a prominent criminal case she receives numerous new calls. In her personal life she struggles with the frustration of her ex-husband having custody of her 3 year old son, Ben, and is haunted by the disappearance of her younger sister in Launceston when she was a child.

Gradually she is drawn into investigating a series of deaths of troubled women. The circumstances vary but there are intriguing forensic clues. Most prominent are asbestos like hourglass shaped fibres in the lungs of several of the women. Local police are uninterested in the clues which they perceive as inconclusive of wrongdoing. Anya persists in seeking out more connections between the women.

The ending is chilling and fascinating. Unfortunately, it was too easy to pick out the villain. There are touches of Australia in the thriller. I hope her next book is a more directly Australian thriller.